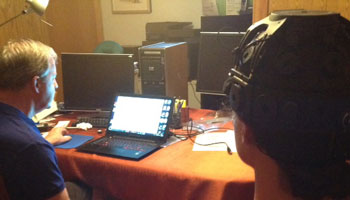 Neurotherapy treatment is based on a quantitative electroencephalogram study (QEEG – a real time functional brain imaging study) and a clinical interview. The development of treatment algorithms is formulated by correlating patient symptomatology and concerns with the QEEG analysis. A QEEG captures brain electrical signals that are mathematically transformed (Fast Fourier Transform) into six types of brain waves, the action potentials of the brain. A QEEG is a non-invasive, non-medication based, and biologically based method for assessing brain functioning in real time. Once a patient’s QEEG has been analyzed and correlated with his/her symptomatology and behavioural presentation and concerns, a treatment plan is developed to address symptoms related to various brain-based disorders. The goals of neurotherapy are to improve overall brain consistency, brain stability, and to reduce or eliminate troublesome symptoms. Neurotherapy methodology is applicable in situations where a patient is not on any medication and in situations where a patient is on multiple medications.

Neurotherapy causes a surge in the glia, and because the glia sheath surges, the brain becomes neuroplastic. Glia cells define and maintain the brain’s connectivity. Neuroplasticity is the brain’s ability to reorganize itself by forming new neuronal connections throughout life. Neurogenesis, a process of forming new neurons, has been shown to occur into the eighth decade of life. This implies that the brain has the capacity to change across a lifespan. Every time the brain learns, there is an alteration in the elements of the brain’s blood flow, chemistry, and neuronal connectivity. However, the speed and efficiency of learning can be affected by injury or disease. Neurotherapy can help restore the brain’s functional ability.

Complex clinical presentations may have comorbidities. For example, a chronic pain condition may coexist with clinical depression. Comorbidities may require many treatments. It is not possible to put a number on how many treatments a patient will need. Response to treatment is monitored, typically after 8 to 10 neurotherapy sessions, by doing a review QEEG as well as ongoing reports from the patient about his/her life experience. A QEEG is an objective measure of progress and cannot be significantly influenced by the patient or practitioner. In addition, changes in patient symptom presentation and neuropsychological testing can be used to document treatment progress. The expectation is that changes are lasting or permanent with sufficient treatment response. In some cases, booster sessions are organized to maintain treatment effects.

Neurotherapy has few or no negative effects. After treatment some patients may experience fatigue, transient headache, insomnia, or sleepiness. Feeling tired after treatment is common because the brain has had a mental workout, much like going to the gym. Neurotherapy could be thought of as “brain physiotherapy”. Drinking water and having a protein snack before and after treatment may help prevent fatigue and headache. It is important to tell clinic staff of any changes in how you feel after treatment, and in general. Patient feedback is utilized to “fine tune” treatment algorithms.

Research has demonstrated (see our research tab) that neurotherapy may be effective in the treatment of anxiety, depression, insomnia, PTSD, epilepsy, stroke, some brain injuries, fibromyalgia, chronic pain, Parkinson’s, and autism. Stress and chemotherapy are two additional challenges that neurotherapy may address. Neurotherapy may also be utilized in the early stages of cognitive decline and for certain dementia presentations. Neurotherapy continues to be validated as a treatment for many brain-based disorders. Neurotherapy works by regularizing brain networks and network hubs (nodes), to restore and optimise brain functioning. There are situations where medical authorization is required for neurotherapy to proceed because the patient must be deemed medically stable to undergo treatment. One example of required medical authorization for neurotherapy is in a post stroke situation, because the patient must be medically stable enough to undergo a brain-based treatment.

Patients undergoing chemotherapy for treatment of cancer or other diseases may experience cognitive side effects referred to as “chemo-brain” or “brain fog”. Chemotherapy agents are often toxic to body tissues and brain tissues. The resulting cognitive changes affect attentional functions, executive functions, and learning and memory functions. Neurotherapy is one possible element in a multimodal intervention to combat “chemo brain”, with the intent of normalizing brain function as much as possible.

Neurotherapy can also be used to optimise brain function for improved performance in various areas for anyone wishing to sharpen memory skills, math skills, decision-making, and problem-solving skills. This is done by reviewing the patient’s QEEG brain study to determine the most appropriate strategy for optimisation of brain function. By increasing the efficiency of brain networks and network hubs (nodes), the patient’s performance is supported in any endeavour.

Despite neurotherapy’s great potential to address and alleviate symptoms in many brain-based disorders, it is not possible to predict with certainty that neurotherapy will be successful in treating all conditions. Factors such as nutrition, hydration, vitamin and mineral deficiencies, restorative sleep, bio-physical or mental health comorbidities, and substance use all play a role in brain health and response to neurotherapy treatment.

How does neurotherapy effect medications "on board"?

Because neurotherapy creates increased information processing efficiencies in the brain, and thereby changes symptom presentation toward a healthier state, any medication a patient is prescribed will need to be monitored by the prescribing physician. Neurotherapy trains the brain to modulate its excitatory pathways as well as cortical blood perfusion and oxygenation, thereby augmenting flexibility and self-regulation of inhibitory and activating brain patterns. Increasing the effectiveness of medications (because of a better system of transport) typically implies a reduction in medication dosage. Medication use is a consideration for any brain-based disorder and possibly bio-physical disorders as well. Medication changes must be discussed with one’s prescribing physician.

Neurofeedback uses feedback to change the brain’s electrical patterning. Using the same QEEG equipment that collects the initial QEEG data, sophisticated software uses real-time signals from the brain to provide visual and/or auditory rewards to the brain. The brain in turn uses the feedback to train itself to function more effectively. This is an operant conditioning process. Visual and/or auditory reward implies that the patient’s brain is moving toward normalization, specific to brain metrics targeted by the clinician. The patient’s learning is monitored, and the computer display represents (in real time) the electrical oscillations produced by neurons. Neurofeedback is sometimes referred to as training. Other terms are loreta, or more specifically sloreta neurofeedback (subcortical neurofeedback). Subcortical structures are anatomically located deep within the brain. The cortex is 1 to 4.5 mm in thickness and anatomically is the top layer of the brain.

Often by removing significant blockages to brain functioning through treatment, the brain will move toward greater stability of function. Brain coherence and brain phase challenges are examples of blockages to good brain functioning. A brain coherence challenge implies there is a brain connectivity problem (faulty connection). A brain phase challenge implies there is a brain timing problem (too long or too short a time for the transfer of information). 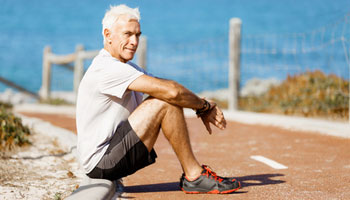 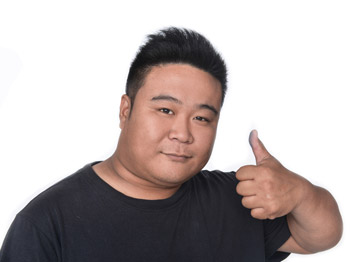 Pulsed Electromagnetic Field Stimulation is used on the head for brainwave entrainment and coherence, as well as on the gut for inflammation reduction. The coil packs can be placed anywhere on the brain or the body, except for over the heart or any surgically implanted stimulation device. The pulsed electromagnetic field stimulation creates a difference in how neurons fire. When a rhythm is delivered to the brain through the coil packs, the brain typically begins to follow the rhythm. The administration of a consistent rhythm of stimulation encourages neurons to synchronize. The brain can be influenced with just a small bit of pEMF stimulation to nudge the neurons to change the timing of the way they fire. The result is that the brain and/or body can be nudged into healthier and more stable states of operation.

Transcranial Alternating Current Stimulation is where alternating current is passed back and forth between two electrodes on the brain or body. TACS is used to provide the brain with a precise frequency that the brain is lacking, and placement of the two electrodes is determined by a QEEG imaging study. What happens here is that current is passed between two electrodes causing populations of neurons in this region to become more likely to fire. This can cause neurons that were previously out of phase with each other to align. Whenever you get increased alignment, you get increased resources available to do something. Alignment induces neuroplasticity, a condition where the brain is hypothesized to be more likely to change states.

In Transcranial Random Noise Stimulation an alternating current moves back and forth at a desired frequency between two electrodes. This gives both randomized frequencies and milliamperes between two sites. The region of the brain between the two electrodes becomes stimulated which is hypothesized to increase neuroplasticity and stable patterns of function. The TRNS causes sodium and calcium surges in the brain, which promote neuroplasticity. Neuroplasticity means that the brain is more able to change and adapt.

Progress in treatment depends on presenting symptomatology (patient symptoms or the reason treatment was sought) and the patient’s bio-physical status (mental and physical condition). Nutrition, hydration, and the presence or absence of restorative sleep are important factors contributing to your well-being that may affect your treatment response. Restorative sleep is an important aspect of treatment. Neder and Goldman (2016) found that the glymphatic system only operates during deep sleep (restorative sleep). In response to the brain’s work during the day, the brain fills up with protein deposits. At night, it is only through deep sleep that astrocytes can clean the brain by removing these protein deposits and dumping them into the venous system for removal from the brain.

What does neurotherapy do?

Astrocytes modulate how neurons communicate, and neurotherapy supports astrocyte functioning. Astrocytes regulate the electrical power of neurons, so astrocytes control the working environment of the neurons. Neurotransmitter levels and important ions like potassium are controlled by astrocytes, providing metabolic support for neurons. There is a surge in astrocytes for 90 minutes after a neurotherapy session. Calcium and sodium surges in astrocytes cause gaba levels to be reduced. Gaba is an inhibitory neurotransmitter. Astrocytes appear to have a key role in brain functioning.

Neurotherapy causes a calcium surge in the glia. Glia are the five types of cells between neurons and the glia are influenced by neurotherapy. Because the glial sheath is surging, the brain becomes neuroplastic. With neuroplasticity, large brain networks can reorganize. Calcium surges modulate synaptic plasticity, resulting in neurons wiring together faster. When glia become stimulated by neurotherapy they engage in synaptic pruning (the brain's way of removing connections that are no longer needed). Glia define and regulate the brain’s anatomical and functional connectivity. Glia interact with the whole connectome (comprehensive wiring diagram of the brain – Dr. Olaf Sporns, 2012).

Neurotherapy treatment causes increases in adenosine triphosphate (ATP) by some 500 percent. ATP synthesis is located on the membrane of structures called mitochondria (the powerhouse of cells). In a sense, ATP is the power generator of cells.

Medications currently in your system work better with neurotherapy because of an improved system for transport.

Because of increased neuronal firing with neurotherapy, there is a decrease in glutamate (an excitatory neurotransmitter). Also, during the neurotherapy session there is a commensurate reduction in glucose metabolic levels by 40 to 60 percent. Therefore, a good protein is recommended before and after neurotherapy treatment to assist with maintaining energy levels. Hydration is also important before and after treatment.